Addix Sportswear is excited to announce the signing of Gabe Dean for his 2021 freestyle wrestling Olympic run. Addix most recently sponsored Gabe during a match against David Taylor at Nittany Lions Wrestling Club’s NLWC #3 event in November, 2020, and is the company’s first-ever signing.

Gabe is an extremely accomplished wrestler. During his collegiate years at Cornell, Dean became a two-time NCAA wrestling champion, four-time NCAA All-American, two-time Ivy League Wrestler of the Year, and had 152-7 record during his career. Dean comes from a wrestling family with strong pedigree. His dad, David Dean, was an NCAA runner-up and two-time Big Ten Champion. Gabe is currently an assistant wrestling coach at Cornell University, where his brother Max recently became an NCAA Runner-Up.

“At Addix we have always been much more focused internally on improving our craft, as opposed to the external/signature athlete model. Continuously challenging ourselves to improve the product and the customer experience, and just get better every day. If you’ve followed Gabe at any point of his career, I think it’s easy to see he shares that same kind of attitude – Control what you can control, and keep pushing forward. To partner with someone that shares our company values the way Gabe does is something, we couldn’t be more excited about. We’re really excited to be sponsoring him as he chases his Olympic dream,” Jarrod Whaley, Addix General Manager stated.

Addix Sportswear is disrupting the sublimation industry with the fastest order-to-delivery in the industry with services in sublimation, embroidery, and screen-printing. Addix offers uniforms and a variety of items including banners, stickers, and face coverings for 16 different sports as well as business-to-business offerings.


“It is an honor to be working with Addix Sportswear as we approach Olympic trials,” Dean said.

Addix Sportswear, founded in 2006, has deep roots in the wrestling community. From humble beginnings as a screen print shop in Mount Pleasant to now being represented in all 50 US States, and offering the fastest service in the sublimation industry with a 6-business day order-to-delivery timeframe, Addix has been greatly supported by the wrestling community. Gabe will be Addix’ first sponsored athlete and someone we believe will represent our brand with the same grit and determination that drives us.

With the announcement of the signing, Addix and Dean have been working on a line of signature Gabe Dean apparel items that can be found here. 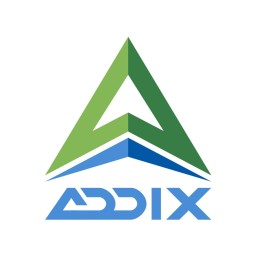